Home › Adventure › Mixing Business and Pleasure in a Tropical Paradise: Permaculture and Conservation in the Guna Yala Islands of Panama

Mixing Business and Pleasure in a Tropical Paradise: Permaculture and Conservation in the Guna Yala Islands of Panama 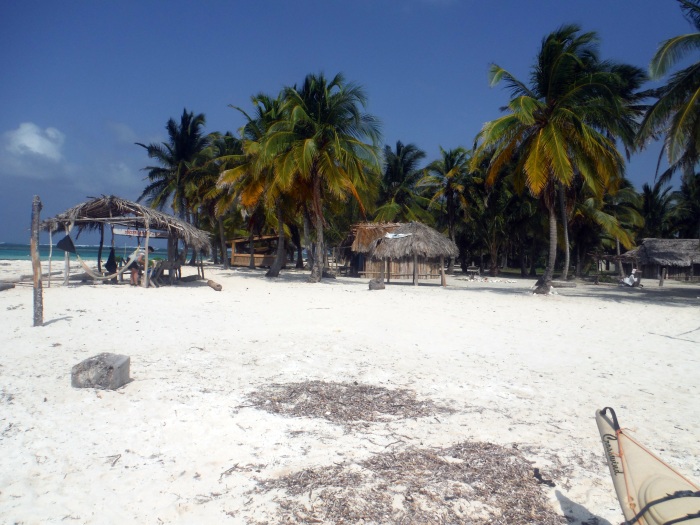 Fresh from a morning of paddling, strolling around palm-fringed beaches, and snorkeling on surrounding coral reef, our group of 11 sea kayakers sat under a cane shelter on the edge of a large white sand beach on an island in the Caribbean Sea called Masargandup, digesting lunch and sipping water from coconuts.

On the other side of the sandy clearing, an important “business” meeting was underway. Geraldo DelValle, a member of the indigenous Guna community, smiled broadly and gestured wildly as he excitedly talked of his plans for the island, sneaking a bite every now and then from the plate of pasta salad and veggies we had shared with him from our lunch cooler.

An adventure trip with Venture Outside always is about more than just a vacation get-away. The group visiting Masargandup was on a 2-week Multisport Adventure, paddling, hiking, and yoga-ing their way across the diverse landscape and cultures of Panama, from the remote southeastern Caribbean to the northwestern Pacific. Along the way, the group donated gifts they brought from the states to indigenous communities in Panama, ranging from clothes and reading glasses, to soccer balls and shoes. They also practiced Venture Outside’s “Leave It Better Than I Found It” (LIBTIFI) approach to spending time in nature, by enthusiastically wiping out (at least temporarily) the problem of ocean-deposited garbage on the shores and interior of our home-base island, Misdup. 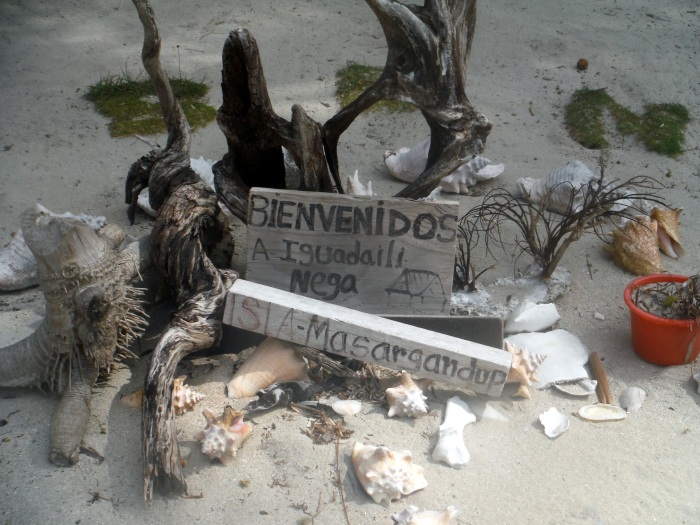 The Comarca, or Nation, of Guna Yala (formerly known as San Blas) is an indigenous province in northeast Panama that is home to the Guna indigenous tribe. Guna Yala, which translates to Land of the Guna, consists of a relatively narrow strip of land along the coast of Panama between Colombia and the Province of Colon, where the Atlantic terminus of the Panama Canal is located. The area is best known for its archipelago of islands located relatively near the coast. There are about 365 of them, of which only about 49 are inhabited on a full-time basis. Relatively pristine white sand beaches fringed by coconut palms, clear turquoise water, no hotel chains, interesting indigenous culture…if you consider yourself an ecotourist who seeks off-the-beaten-path locales, the San Blas archipelago has seriously got it going on.

Masargandup is a decent-sized island located in the western part of the archipelago, about a 1-hour boat ride from the Village of Carti. There are a handful of cane-walled huts in the southern corner of the island, but otherwise Masargandup is an undisturbed little jewel of an island. It’s a destination for sea turtles for nesting in the spring, and it provides great habitat for a variety of land, shore, and sea birds.

Our host on the island, Geraldo had spent 25 years as a Professor of Agriculture at a university in Panama City, and now was back home devoting his energies specifically to benefit his community and to protect the natural environment – two closely intertwined concepts in Guna culture. During our visit to Masargandup, Geraldo shared several of his island initiatives with our group. On the edge of a grove of coconut trees, we learned about his efforts at growing vegetables and fruits in the sandy soil, organic composting and building soil, and conserving water. Geraldo spoke with passion about the need to conserve entire ecological systems in his homeland. It quickly became apparent that Geraldo was in the early stages of applying Permaculture principles to his island, even if he wasn’t familiar with the word. 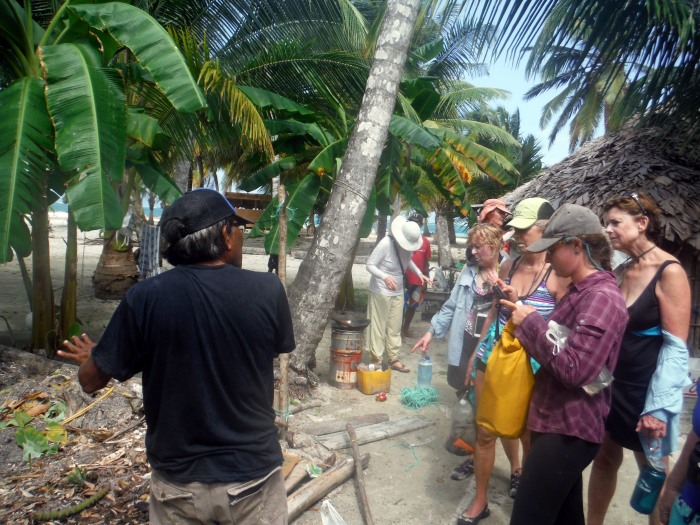 Geraldo also was passionate about sharing Guna culture with other Guna as a basis for perpetuating their culture, including language, food, stories and legends. Last, but not least, he wants to establish infrastructure for Guna students to be able to use Masargandup as the base for university research on ecology and land management; something that currently is lacking within all of Guna Yala. Members of the Guna community who travel to Panama City currently have to perform their studies elsewhere in Panama, which contributes to a general “brain drain.” Geraldo was hoping to establish the Instituto de Technical Professional de Guna Yala university program. Infrastructure for students also has potential to be utilized for ecotourism, which obviously would help pay for community programming.

The complexity and extent of what Geraldo was trying to accomplish in his corner of the world was awe-inspiring…and over-whelming even for us.

There was one other issue that Geraldo was trying to address that was probably one of the most over-whelming of those he was tackling.

The otherwise-pristine beaches of his wonderful island were ringed by almost every kind of flotsam and jetsam imaginable. It’s the same with almost every other island in the Comarca of Guna Yala – the same with pretty much every island in all the oceans on Earth. A sad reality of 2017 is that if you encounter a beach with no garbage, it almost certainly is a beach with hotels and people who are cleaning it almost on a daily basis.

There is no such luxury here on Masargandup. The island is “staffed” only by Geraldo and a handful of other Guna who are trying to make a living and establish a positive and sustainable community resource on the island.

The “business” meeting between Venture Outside and Geraldo was a brainstorm session of ways to assist him in accomplishing his very important goals. Geraldo was offering simple accommodations and meals to anyone willing to come to Masargandup to assist, but needed to get his message out. Through its adventure trips, and partnership with the non-profit Center for Ecological & Cultural Living Arts, Venture Outside was committing to assisting Geraldo by identifying and coordinating volunteer labor. 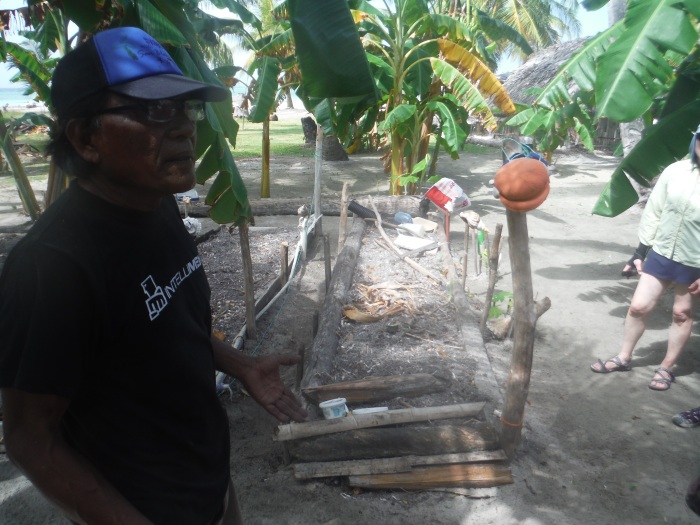 Hopefully, Geraldo will soon be joined by volunteer Sea Turtle Stewards who will monitor and document nesting and help to clean beaches, and by volunteers from the World Organization of Organic Farms (WOOFers) who will assist him with establishing his farming and permaculture projects.

For more information, please complete the contact form on the website of the Center for Ecological & Cultural Living Arts at http://thececla.org/contact/ or email Venture Outside at ventureoutside4life.com. 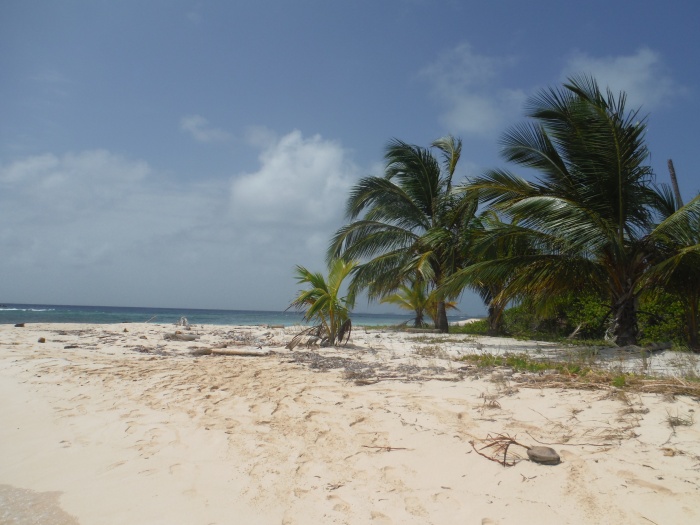